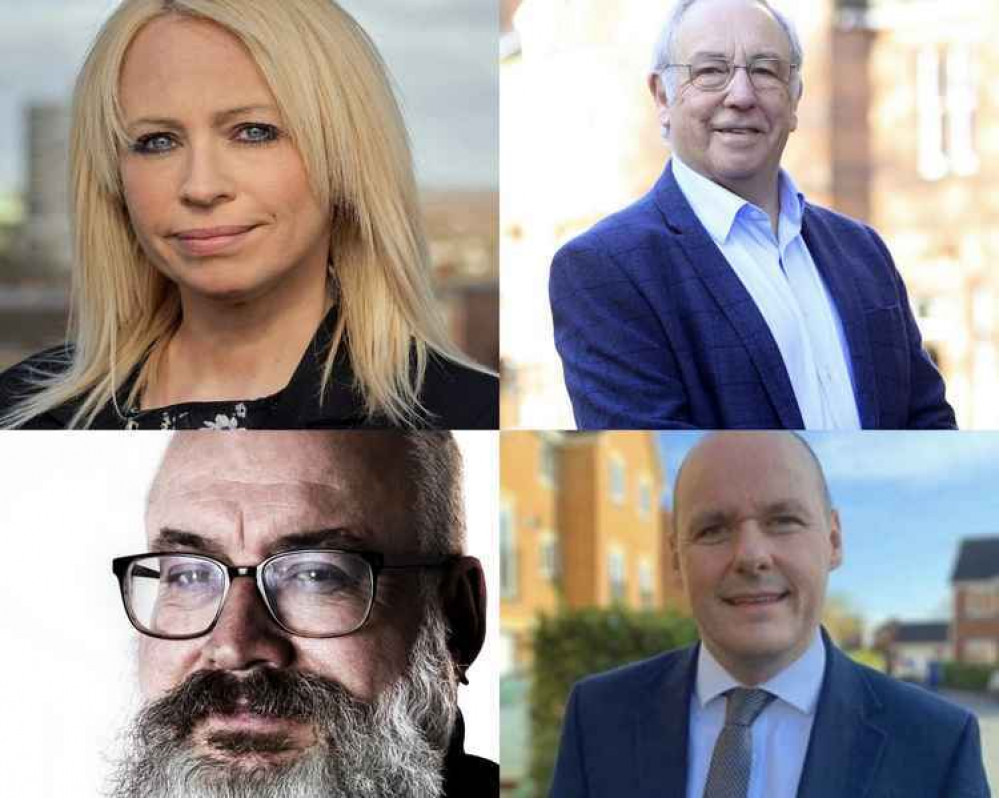 In just a couple of days, residents across Cheshire will go to the polls to elect the Police and Crime Commissioner (PCC).

This election was due to take place in May 2020 but was delayed due to the coronavirus pandemic and will now take place on Thursday (6 May).

Jo Conchie, representing the Liberal Democrats, hopes to offer a more victim-led and preventative approach to the role of Police and Crime Commissioner.

Here's what she had to say:

"I'm Jo Conchie and I'm standing to be your Police and Crime Commissioner. Speaking to fellow residents across Cheshire, they have told me their priorities. I want to make a difference on the things that matter to you.

• "Making sure you feel safe in your home and in your community by tackling burglary, harassment and anti-social behaviour, domestic violence against men and women, and by taking real action on speeding, fly-tipping and dog theft – all by having a bigger police presence locally to you.

• "Having the law work for you by giving you a real insight on how the force operates so that you can see how your hard-earned money is being spent.

• "Having a greater focus on the victims of crime by offering compassion-focused resolution rather than just giving out a crime number.

"I want everyone walking home at night to feel safe on our streets. As a woman I know what it feels like to be a target. And as the first female PCC I can bring that first-hand experience to make women feel less vulnerable out on their own.

"In the last decade, I've worked with police forces across the country, and I'll bring fresh ideas to the problems that we face in our region.

"Labour and Conservatives have both failed to deliver. It's time for change. If you elect me, Jo Conchie, on May 6th, to be your PCC, I will deliver that change."

John Dwyer is the Conservative candidate for this election, having already served as Cheshire's first Police and Crime Commissioner from 2012 until 2016. He hopes to provide more police officers for local communities while working to make the county's roads safer.

Here's what was said about John's priorities for Cheshire:

"John Dwyer isn't a politician. He spent 30 years as a police officer, retiring as Assistant Chief Constable for Cheshire. He has the knowledge, skills and experience to do a first class job for you. The Police and Crime Commissioner looks after a £200 million policing budget for the whole county and is responsible for leading the police service in Cheshire.

"The PCC holds the Chief Constable to account and ensures that police officers, support staff and equipment are made available to deliver your policing priorities. The Police and Crime Commissioner is also responsible for recruiting the Chief Constable and for setting the level of local tax for policing purposes.

"This is a serious role and one which requires experience. When John became the first Police and Crime Commissioner for Cheshire, he pushed up the rates of crime detection across Cheshire and doubled the number of Special Constables. He increased the number of police officers as he recognised that you, the public, wanted to see more police officers on your streets.

"If elected, John would ensure that Cheshire gets its fair share of the 20,000 new officers the Government has promised over the next 3 years. He cares about your safety and will always be accessible to you as your voice in Cheshire police."

Nick Goulding is standing as the Reform UK Party candidate. He would like to see a return to 'common-sense policing' and promote public confidence in police methods.

"As Police and Crime Commissioner for Cheshire, I will with integrity and honesty hold the Chief Constable to account; ensure all complaints are taken seriously and handled with due diligence; champion local delivery of policing led by local priorities and promote co-operation with neighbouring forces to remove inefficiencies in preventing and deterring cross-county organised crime.

"A fundamental principle of policing in the UK is that authority derives from the consent of the people. I believe maintaining public approval of actions taken by police secures co-operation and respect from the public, leading to voluntary observance of the law within our communities.

"Public confidence in police training, recruitment and methods can only be achieved by demonstrating absolute impartiality, upholding the law whilst honouring the oath of office in full.

"It is my opinion that we need to get back to common-sense policing. For some time now the police have been under pressure to enforce a particular political perspective. This has led to a crisis in confidence from the people. The police have been used to suppress free speech, recording "non crime incidents" and restricting freedom for some to protest while "taking a knee" with others.

"Similarly, protests outside schools have been tolerated, while others including a church service have been forcibly broken up. This two-tier policing must end, and the political class responsible held to account. The Labour and Conservative parties have got us in this mess, I will fight to get us out of it."

Labour Party candidate, David Keane, is our current Police and Crime Commissioner. His priorities include keeping local residents safe at all times, as well as sending out a strong message that crime doesn't pay.

"I'm 43 years old, married with a young daughter. Professionally, I studied criminal justice prior to qualifying with a Law Degree, before working up to board level in the private, public and voluntary sectors. I've always believed in community and have served as a local elected representative for twenty two years.

"I'm standing for re-election on my proven track record of delivery and I'm immensely proud to have delivered a truly local policing service. We're the only police service in the country to provide a dedicated community Police officer, Police Community Support Officer and Community Police Base for each community in Cheshire.

"I have a track record of delivery with budgeted priorities for Building Safer Communities. My pledges are clear, simple and deliverable.

• "Keeping You Safe – It's my first priority to keep you and your family safe; in your home, in our communities, on our roads, in our places of work and education, and in our busy city and town centres.

• "Crime Doesn't Pay– Cheshire will be a hostile environment for serious and organised criminals. We'll hit them hard, prevent harm and seize ill-gotten assets and cash. We'll re-invest in our preventative agenda, providing support and alternative opportunities for those vulnerable to offending.

• "A Strong Voice -I'll 'stand up, not back' on behalf of local residents. Using my strong independent voice of scrutiny at Cheshire Police and challenging the government on matters that risk our safety or liberty.

"I'm here for you, on your side and committed to keeping you and your family safe." 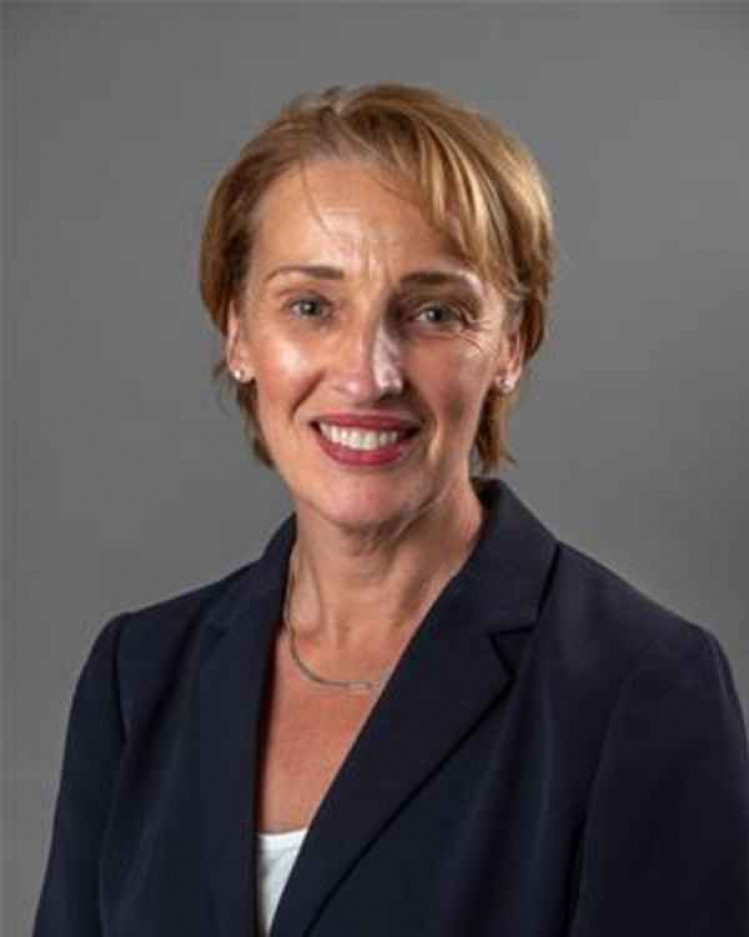